The environmental crisis is the weightiest, most all-encompassing and disturbing question of the 2020s. What should our response be? We asked this from some of the most prominent experts in environmental questions in Finland, and in this post we have summed up their responses to offer a general outline. Our interviews with these experts went on to become the source of knowledge which informed the 2020–2025 strategy of the Tiina and Antti Herlin Foundation.

It is becoming increasingly uncommon to come across climate change debate without hearing concerned demands for systemic solutions. And while these demands are of course justified, they are also redundant.

The price of our industrial civilisation has placed enormous strain on the natural environment. As a result, the beams supporting our vast planet have been creaking ominously for a good while now. Forest fires, floods, hurricanes, heat, drought, and other extreme weather phenomena are occurring with ever-growing frequency: it seems inarguable that a systemic solution is already on the way.

So the question we should actually be asking is, how can humans steer its course, how can we both mitigate and adjust?

Climate crisis is a part of a wider environmental crisis

You might think that, faced with such an extremely challenging and progressively escalating issue, extra investments in research and innovation would be appreciated more than ever. This, however, was not the primary message that the experts we interviewed wished to express to the Tiina and Antti Herlin Foundation.

In this environmental crisis, the interconnected nature of everything is an important starting point. ​In the era of climate consciousness, carbon has become the dominant key word, and subsequently a zero carbon society has emerged as the spearhead of responsibility discourse in our times. Nothing wrong with that. Extensive emissions cuts are an unavoidable intermediate step in climate action. Global warming is a risk to all life as we know it, and there can be no room for underestimation.

The state of the climate would not, however, be a systemic threat if it only concerned carbon or, more exhaustively, emissions. Climate issues and their solutions must be viewed as a part of a more extensive environmental crisis. Think of environmental crisis as a body, and climate change as just one of its limbs – which, naturally, is important and worth all the attention, but is not disconnected from all the other body parts.

This means that we will not be able to let out a sigh of relief when we succeed in transitioningto low-carbon consumption and production and continue to remove carbon from the atmosphere. Our environmental crisis body has three more limbs: loss of biodiversity, global inequality and the waste problem, all of which are interlinked and affect each other.

An understanding of this interrelation must underpin all climate actions that are to be implemented swiftly. A solution that seeks to cut emissions but, in doing so, undermines biodiversity, does not constitute a sustainable climate solution. Nor are local or partial solutions very helpful when seeking solutions to systemic sustainability problems.

Participation in comprehensive and thorough packages of measures, of which the European Green Deal programme is a recent example, is the closest we have come to a helpful solution. The experts agreed that the Tiina and Antti Herlin Foundation has an excellent opportunity to contribute by calling for measures at a broad level of society and becoming a unifying force that brings together influences from several levels.

We have the information, we have the means – what we need is action in the right scale

The experts were keen to emphasize that the bottleneck of information shortage no longer exists. We know more than ever, certainly enough to solve the environmental crisis created by humankind. This is not to say there are no blind spots or narrow channels in our understanding, a great example of which is the apparent inability to steer human societies and their behaviour in the right direction. We all know what needs to be done, so why do we still fail to act? It is an interesting fact that only approximately five percent of all climate research is conducted in the field of social sciences.

Although the need for research should not be underestimated, it is important to keep in mind the timespan of research effectivity. Typically, it is much longer than the timespan allowed by the environmental crisis, currently ticking away. This is why the limited resources and time must be meticulously considered and then focused on solutions with rapid scalability. Because such solutions do exist.

The problem is not a lack of low-carbon innovations, but a failure to implement them – we do not have to reinvent the wheel. If, for example, the 15 green solutions currently applied in the Nordic countries were scaled and implemented in comparable countries, it would be possible to compensate the annual emissions for the whole of Europe. How expensive would such a transition be? According to Sitra, the Finnish Innovation Fund, the cost would be approximately the same amount as the cost of fossil fuel subsidies distributed in just nine days globally.

The response to the environmental crisis means ecological reconstruction and rethinking the entire structure of services, production, and infrastructure. The economic policies that currently prevail, their underlying principles and the conventional techno-economic paradigm must be pared down to see what remains.

Some of the experts emphasized the insufficiency of current measures, and they did not mince their words. The scale must be right, to ensure that the planned measures are not comparable to the rearranging of the deckchairs on the Titanic. It is characteristic that we will miss the 1.5 degree goal merely by holding on to the existing global fossil infrastructure until the end of its natural lifecycle, not to mention building more carbon-driven energy and food production, transport or consumption facilities.

In the 21st century, consumption-based household emissions have grown in Finland, too, despite technological advancements. Internationally-tested solution models to reduce these exist, but they need to be implemented more widely. The environmental crisis is a problem of many hands, and many, many hands will be needed to solve it.

So, we are not short of information, measures or international plans. Systemic solutions to the climate crisis are merely a question of time – a question of the current decade, to be more precise. During this time, emissions must be steered steeply downwards. Cutting emissions is a necessary and urgent goal from the viewpoint of environmental efforts, and is closely connected to the questions of biodiversity, global inequality and the waste problem – the foundations of our overall well-being.

Fast and efficient, scalable emissions cuts were eventually selected as the strategic focus point of the foundation’s five-year strategic period. The third part of this series of blog entries will take a look at the goal selected by the foundation from the perspective of social influence, featuring information about influencing and the role the foundation has outlined for itself. 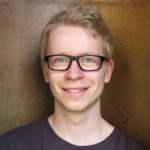 Taneli Rajala is a change consultant in the Ellun Kanat change agency. His background is in natural sciences and in green technology research.